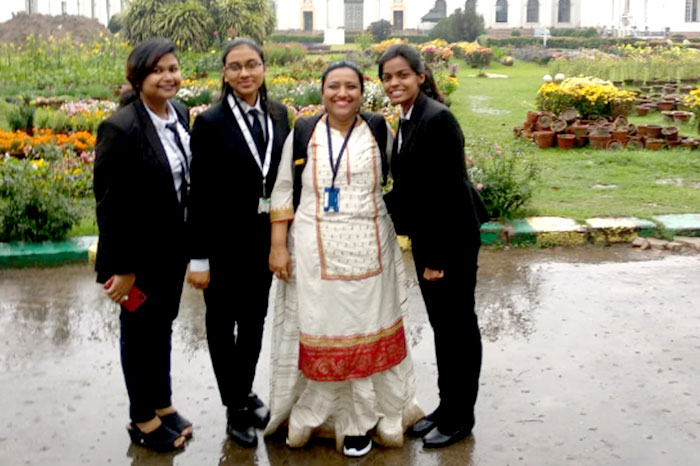 The Department of Political Science visited the State Legislative Assembly on February 26th, 2019 as the permission was granted by the Speaker, State Legislative Assembly. Altogether, 13 students from School of law and Justice and also from the School of Social Sciences visited the Assembly under the Supervision of Prof. Maitreyee Bardhan Roy and Dr. Mahua Ghosal., Department of Political Science. The Time allotted to us from the Speaker’s office was at 12.00 Noon. The University authority kindly agreed upon to provide us bus service from Adamas University campus to the Assembly and return journey to the University. As a result the timely visit was made possible. The visit was organized and guided by PRO of the Assembly, Mr. Ranjit Mukherjee. The students very inquisitively questioned the PRO regarding their queries on the Assembly Session.

Outcome of the Visit: