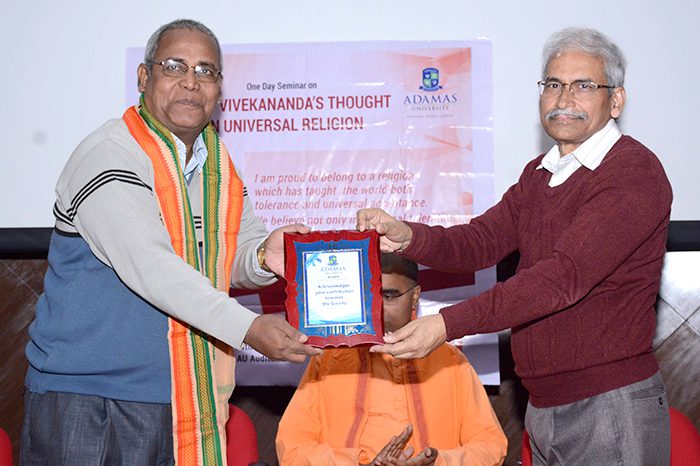 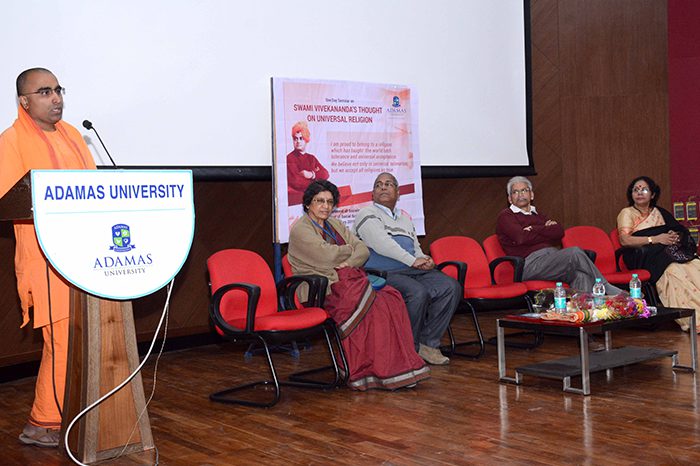 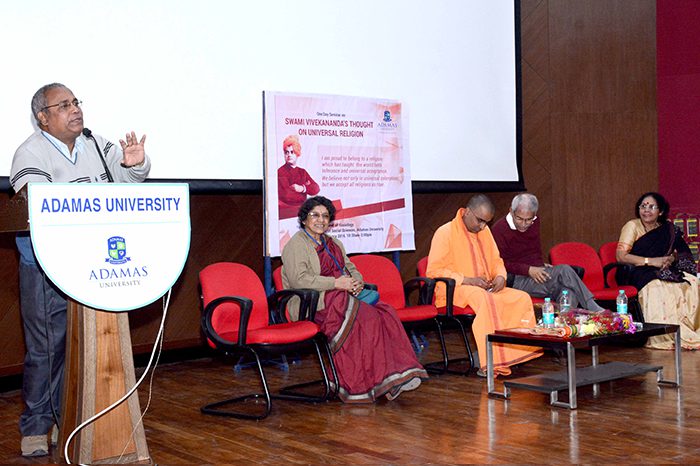 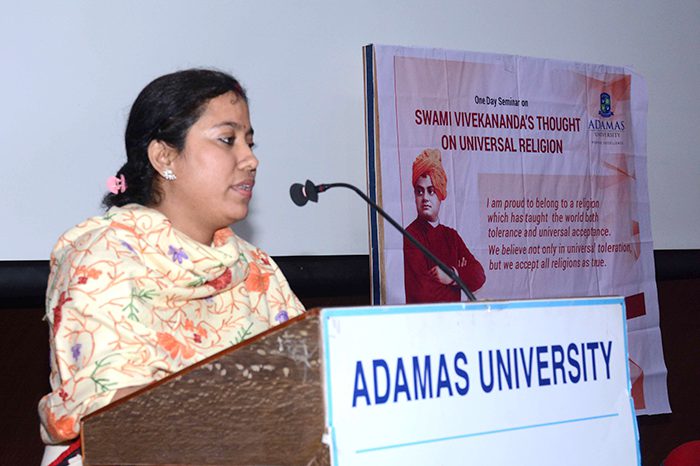 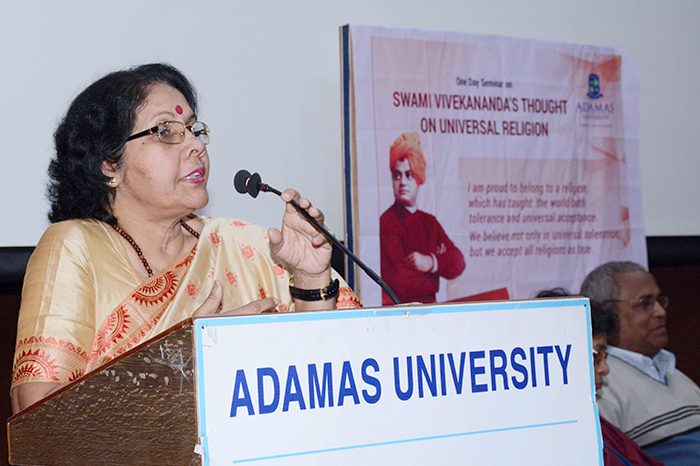 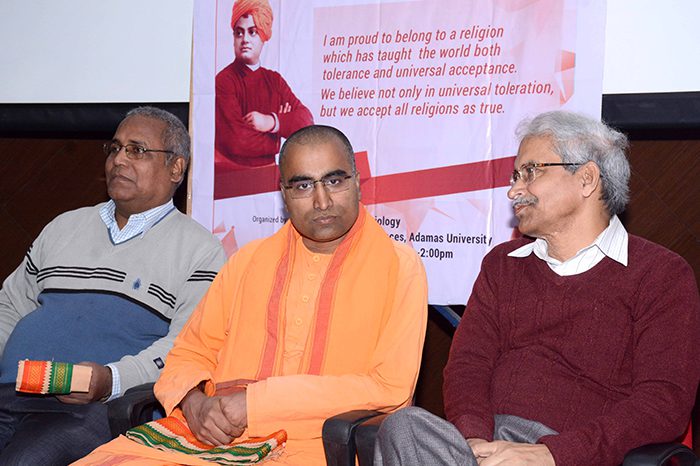 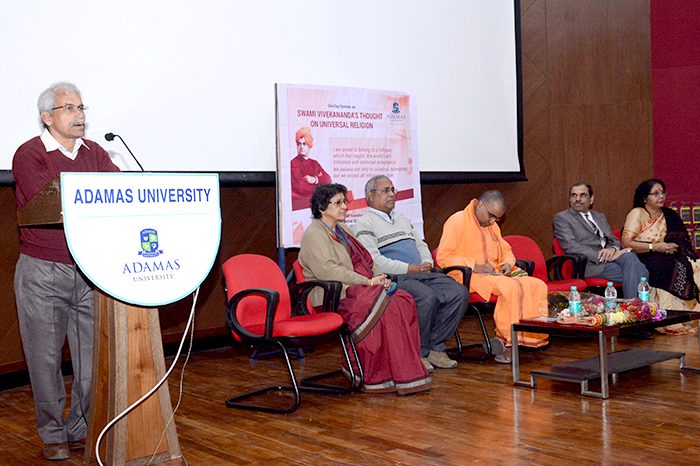 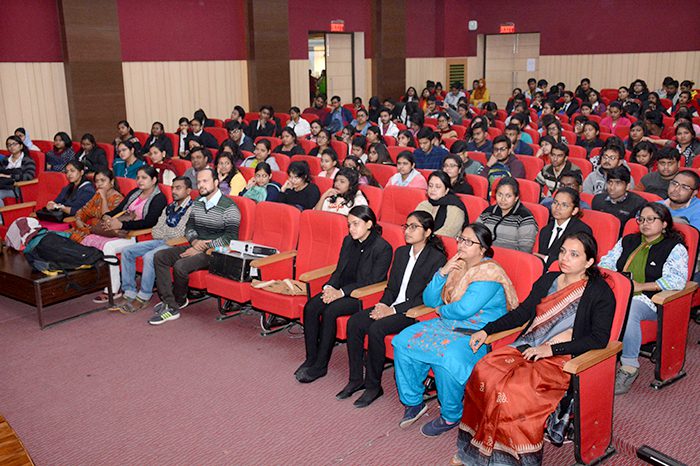 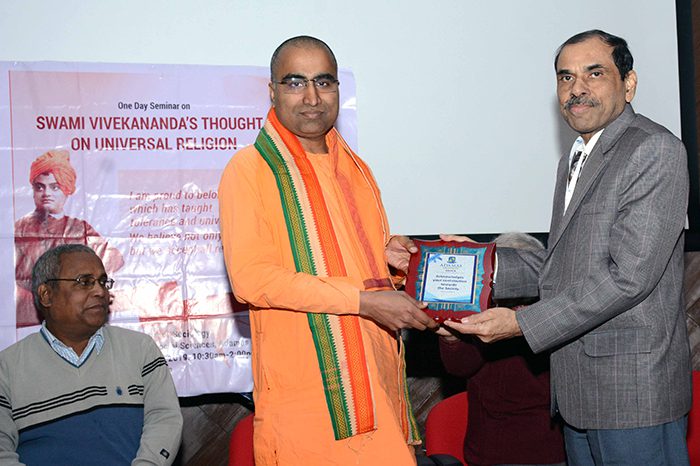 Department of Sociology organized a one day seminar on ‘Swami Vivekananda’s Thought on Universal Religion’ on 14th January 2019 at AU auditorium from 11:30 AM – 2:00 PM. 125th anniversary of Swami Vivekananda’s Chicago speech is being celebrated throughout the world from 11 Sep, 2018 to Sep, 2019 where he spoke about religious tolerance, inclusion and the need of ending fanaticism. In the seminar, speakers were Swami Narsimhananda, a devoted monk of Ramakrishna Math and Ramakrishna Mission, editor, Advaita Ashram along with Prof. Bijon Sarkar, Professor, Department of Production Engineering, Jadavpur University, Kolkata. Both the speakers enlightened all of us on the issue of Swami Vivekananda’s universal religion and universal tolerance. Around 185 Students from all departments of social science participated in the seminar and helped to make it a grand success.